Amegakure (雨隠れの里, Amegakure no Sato; Literally meaning "Village Hidden in the Rain") is a small, yet highly industrialized hidden village located in the Land of Rain. Its architecture is composed of several metallic skyscrapers with rowed ducts connected to them and many power lines surrounding. A number of smaller villages also surround Amegakure. As its name suggests, it rains almost constantly due to a storm above the village.

There are many ninja who are skilled genjutsu users. It is a hidden village that one by one raises the ability of its shinobi, in turn working out original techniques. Amegakure is notable for creating the ninjutsu style known as Paper Ninjutsu. Most Amegakure shinobi who originate from the village itself have a main natural affinity in Water Release. Some develop a secondary affinity to Earth Release or Wind Release. But for mysterious reasons, there have been recent cases of shinobi developing an affinity to Steel Release. Due to this, the village as been able to produce a multitude of weapons made from the steel of this chakra nature (referred to as Kōton Steel, to differentiate from normal or refined steel).

The founding of the village was requested by the Daimyō of the Land of Rain, whom had wanted a ninja village just as the other five great nations had. Due to the smaller resources which the country had to work with, the heavily industrialized capital which serves as a large hub of trade between three great nations and smaller nations which surrounded it, was used as the village itself. Soldiers of the small army had begun to train with chakra and it's various uses which shinobi used, with genjutsu being the style which was easily adoptable by many.

Shinobi of Amegakure are commonly clothed in jumpsuits which can keep most of their covered body from getting too soaked, due to their large lake-like environment. This usually acts as the base of their clothing, sometimes being hidden under the rest of their clothing. Respirators are very common among all shinobi of the village, though some prefer not to wear it all the time. Chūnin and upper ranking individuals are given faded-purple flak jackets. And due to the constant rain which covers the village, and much of the land, individuals are usually with cloaks to keep warm. Some choose to wear long and thick scarves for the same mentioned purpose, which usually hang and reach down most of their bodies.

Recently, it has become common for those of higher ranks (Special Jōnin and above) to carry with them a Kōton Steel weapon on them. More privileged and recognized shinobi are granted a type of weapon of their choosing to be forged in this superior alloy. Those of the highest loyalty can eventually be taught the technique that perfectly completes the usage of their personal Kōton Steel weapon, giving them unrivaled cutting-power over nearly all other known swords and weapons in existence in the shinobi world. This is in thanks to the diligent work of the village's finest blacksmith.

Any "users" who are not on this list and claim to use any form of Paper Ninjutsu are to be voided.

The village ANBU are clothed and equipped a bit differently than normal-ranked nin. Their uniform consists of a black long-sleeve top that also covers the neck and chin, a pair of black gloves, and a pair of dark-coloured pants along with the standard shinobi shoes and white stirrups. On the waist, members wear a thick black belt with armour-like metal plates attached to it. They wear the same metal plates on their shoulders with long scarves that hang down their body. But the most notable feature of the ANBU are their unique orange masks, which expose only one eye and come equipped with a respirator within them. The reason for one eye being covered is for the purpose of countering genjutsu. Members who have mastered this way of counter-genjutsu training wear masks consisting of two eye holes.

These rules apply directly to those who [mainstream] role-play within Amegakure.

Amegakure doesn't have village gates per say. Rather, people are allowed to come and go as they please through what is more like a single checkpoint half-way along the Ame-no-ukihashi, which is made to be the only way in and out of the village through legal means. Upon entering, unfamiliar faces are given a pamphlet which details some of Amegakure's notable sites, along with a map printed on each one to better navigate through the village. The village pamphlet also details how those who seek to be shinobi of the village to seek out the Tower of Pain, where an application with all their information would have to be filled.

Though individuals may go through the checkpoint, some with outstanding features or notable chakra prowess may be subject to an inspection and pat-down, upon the discretion of the guards stationed there.

If you wish to join us, you must enact it out in RP if you are from another land or village. Knowledge of the Tower of Pain's location is already granted to you via the pamphlet given to you upon entering the village. Knowledge of needing to enter the tower and proceed to the front desk receptionist is also granted to you from the pamphlet. From there, you must request someone to NPC the receptionist to provide you with forms to fill out.

Those who state that they have always been a part of the village may circumvent the above, but will have to talk to Kage via private message to discuss whether your history conflicts with certain events or not. This is to keep any contradictions or overly-special privileges from occurring (Ex. Person was descended from a rich and very influential aristocrat and high-ranking politician of Amegakure, and therefore automatically grants them the rank of Council Member by that logic). We try to be as fair here as possible to everyone. Strength alone will not grant you a high rank. Your amount of loyalty will do that, and in turn, strength will be granted to you. 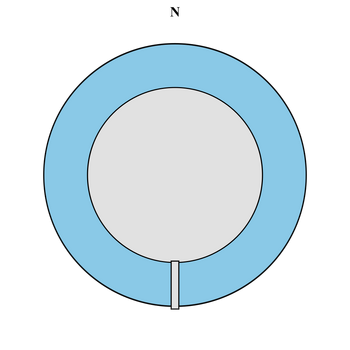 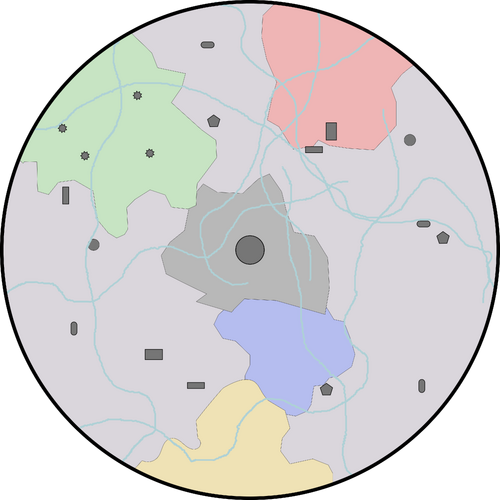 Rain Tiger at Will TechniqueEdit

A constant sensory-rain, under the guise of the constant rain which sweeps the land, is kept over the village and one hundred meters beyond the gates at all times, created by the Sandaime Amekage. If strong chakra signatures are detected to be entering within it's range, a squad of ANBU will be prompted to join with the current gate keepers to thoroughly search and identify the individuals.

The village walls and gates are made of Kōton steel, making them exceedingly difficult to break by normal weapons and means. Though the gates are always left open, individuals whom wish to enter are subject to inspection by the nin who are posted there. Any form of aggression will receive instant retaliation, either by being restrained or attack.

Created and given life by the Yondaime Amekage, these ethereal beings are present through-out the village. Approximately twelve have been made, and are commissioned to stand guard through-out the village. Most notably, four at the village gates and four around the Tower of Pain, where the Amekage resides. Having been given life, they are able to gather natural energy and keep themselves composed constantly. And due to this, they are thrice as strong as traditional Complete Susanoo (second form). They also inherit and bear the protection of the Amekage's Takama no Hara, making them even more difficult to deal with.

Retrieved from "https://narutoprofile.fandom.com/wiki/Amegakure?oldid=48711"
Community content is available under CC-BY-SA unless otherwise noted.