The Iwagakure Kinjutsu's most basic and versatile form of explosive clay, that is created from a single palm mouth. These are small animated dolls that often resemble animals. Depending upon which variation is created, they will retain the abilities of the creatures they were modelled after, i.e. those resembling birds can still fly. This feature combined with their little independent explosive power, makes them excellent for covert operations. The user may produce and release a significant number of them at high speeds if desired. 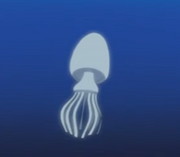 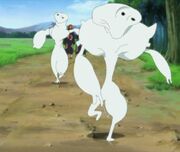 Bats.
Add a photo to this gallery

Retrieved from "https://narutoprofile.fandom.com/wiki/C1?oldid=31252"
Community content is available under CC-BY-SA unless otherwise noted.