"The world is changing, Tsuchikage-sama, and I'm sure you can agree that it'd be prudent to be ahead of the curve rather than being left behind. I'm simply interested in building a more connected world through trade and intelligence gathering. Intelligence gathering in particular will allow the major villages to better coordinate with one another and respond to transnational threats such as the recent Serean disaster. Just imagine if our villages were better connected prior to that. The first village to be attacked by that wretched creature could have warned the other ones, provided reliable intel that would have allowed the other ones to better prepare for an impending attack." - Tobias Augustus Keys 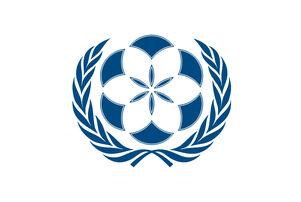 Admiral of the Fleet: James Harper

Speaker of the Quorum: Bowen Davion

Currently ruled by the Emperor, Tobias, the Gōkuni Empire is a rapidly expanding supranational empire situated within the shinobi world and based in the Land of Whirlpools and numerous islands surrounding it, including but not limited to: Land of Waves, Land of Moon, Land of The Sky, Land of The Sea, Nagi Island, Nanakusa Island and O’uzu Island. The Gōkuni Empire was founded by Tobias following the string of attacks on various major villages by the entity known as Serean. Since then, he has been using his control of Uzushiogakure's military and the clout as the reigning Pirate King to expand Uzushiogakure's influence past its borders.

It is an ethnically diverse and multicultural empires, the product of large-scale immigration to the different states that comprise the empire. Every land of the empire must also pay the taxes levied on them in the form of the souls of irredeemable criminals and war prisoners, and material that is known as the Imperial benefaction. These resources go to the service of Custodis, Gōkuni's army, and the Imperial Navy, the armed forces which keep the Empire united and safe. The Imperial benefaction supports the overall economy of the empire by redistributing resources where needed, usually to shore up one region of the Empire where conflict is raging by drawing resources from more peaceful sectors.

The Imperial Protection Agency (IPA), formerly the Uzushiogakure Protection Agency (UPA), is the domestic intelligence and security service of Gōkuni Tei-Kyoku, which simultaneously serves as the empire's prime federal law enforcement agency. Operating under the jurisdiction of the Department of Public Security, the IPA is concurrently a member of the empire's intelligence community and reports to both the Minister of Law and the Director of Imperial Intelligence. A leading U.S. counterterrorism, counterintelligence, and criminal investigative organization, the IPA has jurisdiction over violations of several categories of federal crimes.

Unlike the Manji Organization, which has no law enforcement authority and is focused on intelligence collection overseas, the IPA is primarily a domestic agency, maintaining dozens of field offices in major cities throughout the Imperium. At an IPA field office, a senior-level IPA officer concurrently serves as the representative of the Director of Imperial Intelligence. There are several branches associated with the IPA, including (but not limited to):

Food is the most basic commodity and as such, food production lies at the center of every minor or major economy. Because of the expansive and diverse lands within its borders, Gokuni Tei-Kyoku boasts a wide selection of food production strategies. This ranges from large scale fishing expeditions to capture various marine life, to agriculture and even to big-game hunting. Recent advances in mechanical and chakral technology has lightened the workload of people themselves significantly, allowing larger portions of the population to pursue other economic activities and careers.

Each state or district under the Empire's control is subject to the Great Tithe - a federal income tax equal to 1/10th of any good they produce whether it be machinery, soldiers, food, etc. This tithe is collected by the Imperium's federal government and used as Ten'noheika sees fit to strengthen the empire itself. This is mostly done willingly by the citizens of each district due to their devotion to the empire itself. However, every now and then the Imperium must use its influence (either social or militaristic) to demand this of more unruly subjects. This 10 percent tax is just enough to ensure that federal government can perform the necessary functions required of it, but not so much that it discourages the creation of new enterprises. Such is the case with higher income taxes such as 40, 50, 60 percent and onward.

Way below average. Money? What money? Will work for food.

The Beginnings of an Empire

The Imperial Palace is the seat of the Gōkuni Empire and the center of imperial power and administrative authority. Originally just the Shinigami Shrine, it has since been expanded into a massive palace in which Tobias spends most of his time. Its primarily line of defense is the Royal Guard. However, several Shinokishi also roam the lands to reap the souls of unwanted trespassers.

The Imperial Palace is not just a single building but a massive interconnected series of underground passageways several kilometers beneath the surface of the land. This complex is divided into two security perimeters which essentially function as separate urban regions, the Outer and Inner Palaces.

The heart of the Inner Palace contains the Shinigami Shrine, the Hall of the Great Throne, and many other places of interest deep within it. Only the members of the Grand Council and a few select Imperial servants are allowed to pass through the Inner Palace and enter the presence of the lord of the Gōkuni Empire.

The grand hallway of the Inner Palace that leads to the Emperor's chambers, called the Hall of the Fallen, is filled with statues of those men and women who witnessed a glorious death in service of the empire. So far, the hall is empty.

Tremendous in both size and the scope of the books contained within, the Grand Library is one of Tobias' greatest achievements. Filled with books, scrolls and tomes of nearly every subject one could imagine, the Library holds several lifetimes worth of information within its walls. Warmth and color have been added to this room, setting it apart from the rest of the temple proper.

The convex ceiling and glass panels located high above the floor allows the rays of the celestial bodies overhead to bathe the building's interior with their light, providing a constant natural lighting in day and night alike. Although it always seems empty, there are whispers that the library is guarded by a spirit that has taken refuge within pages of the myriad books stored within its shelves.

The Gōkuni Empire is extremely vast in which it has seven great nations under its collective reign. Each great nation provides a different source of political, economic, diplomatic, educational, and military support to the empire as a whole. Each nation plays a role in their supranational defense. As similar to other great nations each land is ruled by a daimyo, and a Village Head respectively.

Each minor village has their own head ninja who in turns reports matters of international conflict to their respective kage's and council of elders. However, the kages and daimyo report to their higher authorities which are the Shoguns of the Gokuni Empire. Gōkuni Tei-Kyoku comprises a bewildering variety of departments, bureaus, sub-divisions and offices, each of which deal with a particular aspect of maintaining the continuity of the Imperium. Each order has an obligation to care for its given area of control.

The first place to fall under Gōkuni's control. As the story goes, the town of Rotherham had suffered an attack by a strange race of tree-like creatures called the Neyeg. Upon hearing about this, Tobias sent a platoon of Uzushiogakure's military to assist them in eliminating the threat. Days later, he issued the order to annex Rotherham.

Land of the Moon

Land of The Sky

Land of the Sky

Land of The Sea

Land of the Sea

Retrieved from "https://narutoprofile.fandom.com/wiki/G%C5%8Dkuni_Tei-Kyoku?oldid=62277"
Community content is available under CC-BY-SA unless otherwise noted.