[COPIED]The Hizashi Clan (陽射一族, Hizashi Ichizoku) is considered to be one of the most powerful clans in Sunagakure.

These people are the possessor of Sunagakure's only doujutsu. As such their eyes have been unmistakably altered through the generations taking on an abnormally yellow hue. A strong willed clan, the Hizashi are often the possessors of a trickster spirit and an ability to find irreverence in the most serious of occasions. Due to a variety of factors, war, disease and failure to survive the initiation rites, the numbers within the clan have dwindled significantly over the years to less than a dozen known users. Although the family name is more numerous, those who choose to train and ignite the Hizashigan are in decline.

The most noted user of Tenjitsu in the Hizashi family was Hizashi Akio. Using his ability to bend light, it was said Akio could move unseen at times. Having a peculiar sense of humor, he was also noted as having used his family bloodline to create mirages. However, it was his ability to focus the sun's energy into a beam of light, capable of setting objects on fire, which earned him a place as one of Sunagakure's most powerful warriors. Rumors of Akio’s spiraling decline into madness and subsequent suicide are as yet unsubstantiated, though one historian has hypothesized that the Elders of Sunagakure no Sato had to quietly execute him as he had become too volatile. 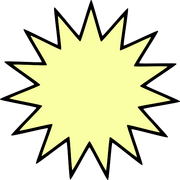