[COPIED]The Maeda Clan (前田族, Maeda Ichizoku) is a clan situated within the Land of Wind in the village of Sunagakure. The clan is notorious for their use of poisonous jutsu as well as their prized kekkei genkai Santon Ninjutsu (酸遁, acid release). The Maeda clan is a smaller, lesser-known family that dwells in Sunagakure. Typically the clan is nomadic, with rumored origins in Otogakure, but they eventually chose to settle down in the Land of Wind and have not strayed far ever since.

Due to their natural affinity for poisons and toxins, members of the Maeda clan have a high resistence to most foreign poisons right off the bat and a general immunity to their own ninjutsu. They often specialize in various poisons and can recognize a Dokuton technique when executed simply due to being raised around poisonous techniques on a daily basis.

Members of the Maeda clan have a poisonous chakra system already heavily permeated throughout their bodies making their chakra dangerous to absorb. Should too much of their chakra be absorbed into an enemy's body, it may begin to poison their body to become sluggish, eventually resulting in paralysis. 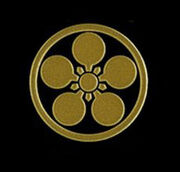