The Tomoed Rinnegan (or Sharinnegan) is a heightened state of Rinnegan that has only been achieved by a rare few, though unlike Rinne-Sharingan, it elevates the pre-existing Rinnegan itself instead of manifesting a third eye on the forehead. Although the specific circumstances of obtaining it vary from person to person, the unified requirement of possessing a natural rinnegan, evolved from a pair of Eternal Mangekyō Sharingan through combination of Uchiha and Senju chakra/genetics, remains. Needless to say, implanters need not bother, for even trying to steal the eye(s) of someone who has obtained it will make the tomoes fade, as the eye regresses.

While Rinne-Sharingan remains obtainable only to those who have either eaten the chakra fruit of a Shinju or sealed it within themselves, Tomoed Rinnegan can be awakened theoretically by anyone who has obtained the 'base' Rinnegan through natural means. Although the specifics of its obtainment vary between individuals, overall it is ultimately achieved in a way surprisingly similar to how an ordinary Sharingan is improved: mastering the eye by cultivating its own unique chakra and abilities, while putting ones self through sufficiently stressful, potentially even life-threatening, situations.

While the process may sound simple enough on paper, in practice it is so gruelingly difficult that very few in the whole world even know of its existence to begin with, much less think it possible or worth at all to obtain. What good is power if one is left too crippled to even stand on their own feet afterwards? To this day, those who have successfully obtained it are so rare they could be counted with the fingers of one hand, and even they sport their individual differences with it; one is unable to deactivate the eye outside of exhaustion, another is only able to manifest it during great emotional stress, while a third was only ever able to manifest it in one eye out of two due to his Rinnegan's own limitations (though his singular one is potent as a pair would have been), another is capable of utilizing Mangekyō Sharingan techniques with her default Rinnegan but gains these eyes when utilizing a branch of her power.

The Tomoe Rinnegan is essentially a fusion between its owners Sharingan and Rinnegan, making it possible to utilize the abilities of both dōjutsu on the same time, whereas before, he/she would have had to switch between them every time. On its own, it does not grant any new abilities. However, outside of whatever artificial combinations the user may create on their own. Additionally, overuse of the of eyes Rinnegan based powers or being severely weakened in general will cause it to temporarily lose its tomoes, leaving the user able to wield only weakened version of either eye's basic abilities in their individual states, incapable of manifesting the Tomoe Rinnegan again until they have sufficiently recovered. This recovery period may take quite a while depending on its causes, such as massive eye strain from overuse for example taking a fair while long.

There are currently five known variants of the Tomoe Rinnegan. Thus far, the differences seem to be purely aesthetic. 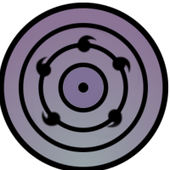 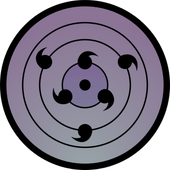 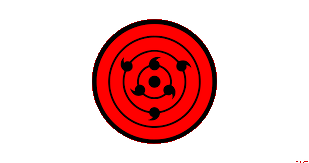 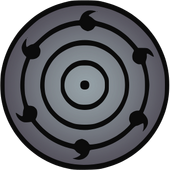 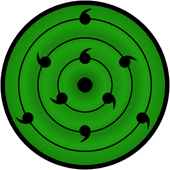 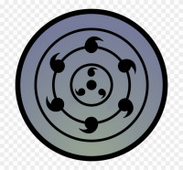 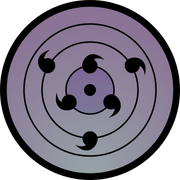