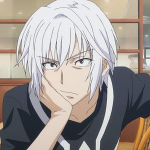 Below is a small guide about the state of Shinobi Legend's roleplaying. There may be some differing opinions here and there, but this is mainly what I go by and it has allowed me to get along with a large majority of people. (Or maybe that's just my patience and charisma.)

(In the process of updating)

Even more advanced Elemental Kekkei Genkai that are composed of three of the five basic chakra natures. Ex. Dust Release.

The average shinobi with no outstanding bloodline usually has an average amount of chakra when starting out. Though shinobi that stem from the four great bloodlines, which are the Uchiha Clan, Senju Clan, Hyūga Clan and Ōtsutsuki Clan, are known for having larger than normal chakra pools. This is merely from a starting-point perspective though, as physical and mental training can naturally increase a person's levels of chakra.

In theory, a shinobi who has no notable bloodline can have a greater amount of chakra than another who is from a single (or multiple) notable bloodline(s). But that is taking into consideration that the latter shinobi did not train themselves very much at all.

Having a Dōjutsu from one of the Four Great Bloodlines naturally gives a great advantage over those who have none. That doesn't mean it has to be this way forever, as eyes have become a plug-and-play commodity over the years. (Ex. Pop out one eye and then pop in another.) For the normal shinobi with no bloodline attempting this, they gain considerable power but with certain costs.

First is the cost of chakra. Within the series there have been individuals that ascertained a Dōjutsu from another person who naturally awoke it. Kakashi, Danzo, and Ao come to mind in this situation. The first two acquired Sharingan, while the latter one acquired a Byakugan. The usage of eyes costs a regular shinobi a greater amount of chakra to use, due to not being naturally born with them.

The second is insight. This really only counts towards bearing a single Dōjutsu. The term "Two is better than one." is the short version of this. Bearing only one special eye gives you only partial insight, while having a normal eye in the other eye socket would be comparable to being blind in one eye; the reliance on the greater eye would give someone a blind spot. The Byakugan is a special case in this subject, since one of it's biggest pros is a 360-degree field of view. Some could argue that having only one could make its small blind spot a bit bigger than usual.

(In the process of updating)

It seems like everyone knows exactly what this means. Truth is, it doesn't mean what people think it means. The whole "B-rank, A-rank, S-rank, SS-rank, SSS-rank, etc." is slipping a bit out of hand. This is usually assigned by creators of Bingo Books, either it be an ANBU, an ANBU Captain or someone of higher rank. Generally, it is something for clasifying criminals and Missing-nin, those who have committed crimes against a village and/or those who have fled a village without leave, respectively. So assigning yourself a rank like this means that you're basically calling yourself a criminal. It's best to leave this blank, albeit for a certain few exceptions, which follows into the topic below.

This term gets thrown around so easily, yet it's meaning is forgotten so easily. A Sage is basically someone who can use Senjutsu. If you can't use Senjutsu, well you're just not a Sage. Owning a contract to a certain type of summon doesn't make you one either.

These are a set of certain things that not only I, but a large part of the role-playing community on SL, will void and not acknowledge. This can range from the ignoring of certain actions in posts, to the point of simply voiding or not affirming the existence of one's character. The latter would be due to extreme cases and circumstances.

Please note that I put this list here to better help and educate others into the general rules which a large part of the RPing/Zoning community follows. Ignoring such guidelines and going with your own thing will most-likely have you ignored by most when it comes to the grander scheme of things in RP. Nobody wants to be confined to their own RP world that consists of only themselves in a cardboard box, while yelling how great they are. If you want to grow stronger, then go earn your strength. If you want to grow smarter, then work for that knowledge.

But the biggest thing to remember, is this: SL is based upon Naruto, but it is a completely separate universe. Therefore, try and stick with being a NINJA as much as possible. And LEARN of the history of the SL-verse a bit. ~special edit made by the wiki-Vandal Kayenta Moenkopi: the above excludes the Fire demons that are her children, Tanarri Nayeli, Dafydd ap Tanarri, Tanarri Reseda, and Orion ap Tanarri. Cause like demons totally exist in oriental lore.

Just some personal complaints that aren't directed at certain individuals. But instead, these are aimed at many individuals!

This section is dedicated to educating users and editors of the Profile Wikia's lesser-known tagging techniques.

Your clan has some special clan-specific jutsu that makes it renowned right? (Ex. The Uchiha Clan's Fire Release: Great Fireball Technique and Uchiha Style Counter.) Well you'll want those jutsu to link up directly to your clan page! This is a pretty simple guide. All you have to do is add the "Clan" tag to the jutsu page.

You'll need to add in two [ and ] at the beginning and end of the above, respectively. After doing so, just publish the edit, and then refresh your clan's page. It should automatically show up as a link in your clan's profile table.

IMPORTANT: After adding in this tag, you MUST edit the jutsu page in the "Edit with form" mode. Attempting to edit in "Rectify" mode will make replace the tag with a "warning.png", essentially removing the tag and removing the jutsu from your clan page. Though you may go ahead and edit in "Rectify" mode, you will have to reinsert the tag every time.

If you've gone through the hard work of getting these eyes, then you'll probably be interested and excited to add what your personal Mangekyō Sharingan look like, right? Well that requires a little bit of work. First of all, you'll need to make the eye design first in an image-editing program of your choice (Photoshop, GIMP, etc.). After that, you'll need to save it as a png file. (Don't forget to make the background transparent!)

Next, you'll have to play around with a program called Inkscape. It's an open source/free svg file editor/maker. It requires quite a bit of work to learn how to use, so if you're not interested in doing this yourself you can go ahead and ask me to do it. But if you want to go ahead and do it yourself, just make a blank file with the exact same dimensions as the previous png file you made. Then just import that png file onto the blank, and save it as an svg file. (A cheater's way of making an svg file.)

Note: Though this may be an easier way, the re-sizing done by the Wikia will appear any smaller versions to look heavily pixelated and choppier. SVG stands for Scaleable Vector Graphics, which allows for much easier and smoother resizing. It is heavily recommended to create the image from scratch in Inkscape.

Next just upload the file and refresh your character's page, and the image should automatically appear!

Retrieved from "https://narutoprofile.fandom.com/wiki/User:ShinoKyo?oldid=56723"
Community content is available under CC-BY-SA unless otherwise noted.